A hearty group assembled yesterday for a volunteer work day at the Blue Swamp Creek Nature Park in Covington to collectively peel away another layer to expose a relict pine prairie. There were about twelve or fifteen of us altogether. Some worked for a few hours, some for more.

The objective was to cut and remove the tree layer that has grown up over time. The trees have been increasingly shading out the herb layer that is a cool remnant of ancient vegetation.

Back in late summer, we did our first prescribed fire there, as a first step toward restoring this valuable botanical area. Our goal is to develop the park as a natural interpretive park for the citizens of the City of Covington, St. Tammany Parish, and beyond. 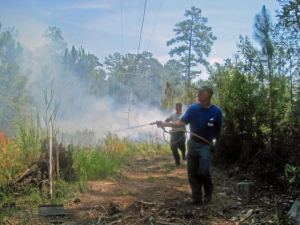 above, Tommy Mayronne works the fire line at the Covington Nature Park on August 3, 2015. It was hot that day, ugh.

All of the parts and pieces to the prairie are there, they have just been taking a fifty year siesta, gone dormant, as the fires are absent, and the trees have grown up, shading out the precious sunlight which the herbs on the ground need in order to grow.

That’s what happens here on the Gulf Coastal rim. If you neglect your land, it will grow up in forest.

Nothing wrong with forest. In fact, I find forest interesting, but give me more prairie, thank you. We have lots of forest at the Park and need the prairie to fully explain our story of natural succession and natural history and fire here in southeastern Louisiana.

Spent time last week rescuing and then replanting Pitcher Plants for the Nature Park bog. Through that I learned how out-of-shape I am. Was sore for days after ha. But we gotter done! 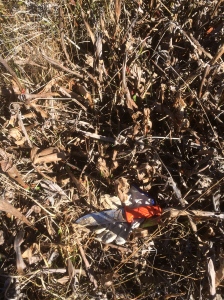 step 1 – find a bog about to be mitigated (decimated)

step 2 – rescue bog plants (disclaimer: only dig from areas where you are sure are “rescuing”. The rescue site I dug from is adjacent to a giant Wal-Mart store, where ten acres of awesome bog was destroyed in order to build a giant parking lot and the store. Back in the 1990’s before the Wal-Mart was built, we organized volunteers to recue many many clumps of bog plants and planted them at the Crosby Arboretum-Picayune, Mississippi. Only imminently threatened sites should be considered for digging and only after all hope is lost in preserving the site). 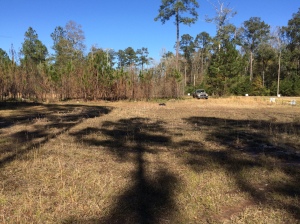 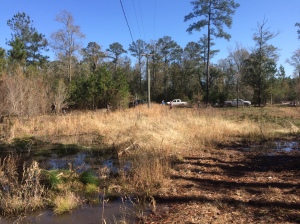 above, on the right is where we’ve just removed trees. on the left is where we are still a-workin’ – notice the trees are toasty from the summer burn. Yes!! Also check out the central area in the photo. This area is managed by the local electric co-op – mowed occasionally to keep trees from growing into the power lines – as the grassiness there testifies – click to enlarge the photo and you can see the busy bees workin’

The tree removing task yesterday was grand, as we got about 75 per cent of the targeted area cleared. We will cut the rest of the trees this week so that our Covington High School Future Farmers of America group can remove them from the prairie garden site. 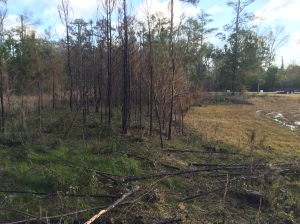 This is an “upland” area (with trees before we cut them out), created when the pond for the park was built, where we’ll plant awesome prairie seed this week, seed that I collected back in October at the Sandy Hollow Wildlife Management Area – with permission from the Louisiana Fish and Wildlife Service folks, of course. 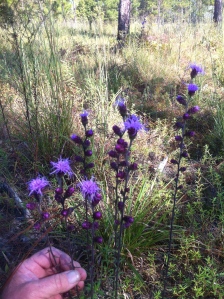 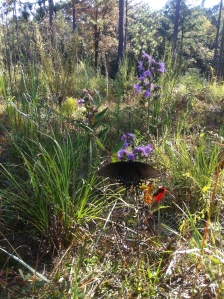 above – The northern-most area of the prairie-bog is generally here, where the electric service line for the Park comes through. You can see my friend – Landscape Architect Johnny Mayronne just past the trees… 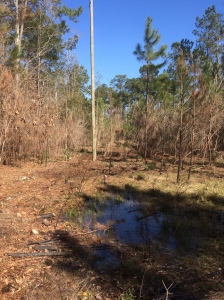 above – this is the same photo but without the trees, an hour later – all cleaned up!

We made a giant “habitat windrow” to designate to the mower crew where there line is to stop with their prairie eating mowing machines. This will be a permanent interpretive structure for the park, designed to raise wildlife and questions. We’ll collect brush there and watch it turn to dust over time. Perfectly natural!

above  – take a closer gander at our far’ handiwork

Happy Day it was for my niece Megan and her new hubby Chris. Not every wedding party in New Orleans steps out of the Cathedral to a second line but this’n did. saweet.

Guys and gals – if you haven’t been, check out the Camellia Garden Stroll at the way-awesome old camellia garden at Hammond Research Station – Its the bomb – an amazing collection of plants all blooming their little asses off. 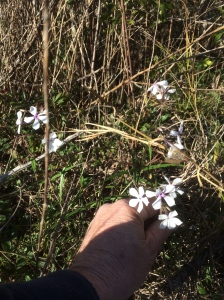 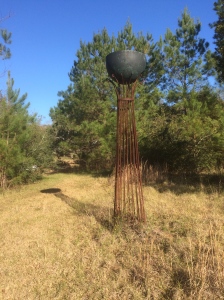 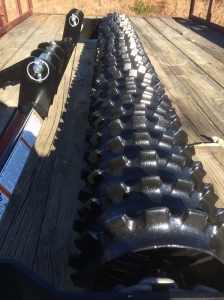